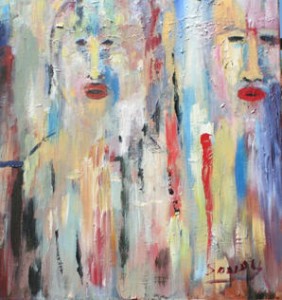 controversies and ask legitimate questions as well as publishing thoughts from different view points. However that said it is only honest to state that I am basically a Libertarian with awareness that some government actions are required in a complex society.

I am not a collectivist in any sense. I think the government should stay out of our personal lives. That lower tax rates usually mean higher total taxes collected. That we have not at all adjusted to globalization. That we have gotten soft in both our spine and our head.

No one ever asks what is the impact of the environmental movement, which I believe is basically a leftist movement to control our resources, on the poor and the middle class of our country or of the world.

I live in California and have seen first hand the negative impact of the strong government unions on the quality of life, the economics and the opportunities we all have.

The Republican party has no idea of what poor people go through each day, they are disconnected from that part of the society.

The democratic party talks as if they are concerned with the poor and disadvantaged but all of their action hurt these very same groups.

So I am not enthralled with either party but honestly I vote republican because their actions, though taken for selfish reasons are better for the nation.

So up until election we will be posting thought provoking items which we hope promotes clear critical thinking. Which also considers the ramifications of what is proposed or said.